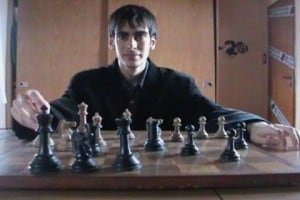 The London System is a chess opening that usually starts with the moves 1.d4 and 2.Bf4 (or 2.Nf3 first, followed by 3.Bf4) by White.

This flexible chess opening is a weapon that you can use against virtually any Black defense and thus comprises a smaller body of opening theory than many other openings.

The London System is one of the Queen’s Pawn chess openings where White begins with the move 1.d4, but doesn’t play the Queen’s Gambit. It normally results in a closed game.

Damian Lemos is a grandmaster from Argentina who has reached a rating of 2559 Elo.

Damian Lemos was no stranger to success from an early age, achieving the FIDE Master title at only 14 years old, International Master at 15, and Grandmaster at 18.

If you want an opening system to call your own, one which you can force your opponents into and then outplay them with your expertise, master the London System with GM Lemos’ Deep Dive course!

The most common move order in which the London System chess opening arises on the board is 1.d4 Nf6 2.Bf4. 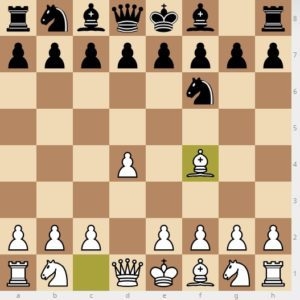 In this case, Black has responded to White’s first move 1.d4 with one of the most popular moves, which could lead to very complicated opening positions such as the King’s Indian Defense, Queen’s Indian Defense, Benko Gambit, Budapest Gambit, etc, but White’s second move 2.Bf4 immediately sets the stage for the London System instead.

Another common move order in which White could choose to develop the London System opening is 1.d4 d5 2.Nf3 Nf6 3.Bf4. 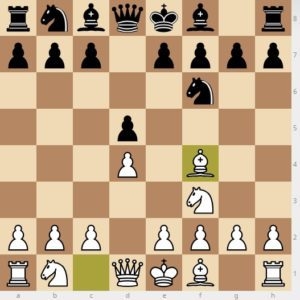 The London System Opening against 2… d5

This time, Black has responded to White’s first move with …d5, which can lead to some of the main lines of the Queen’s Gambit such as The Slav Defense, The Albin Counter-gambit, etc.

But White’s second and third moves avoid any of those well-known theoretical lines and sets the stage for The London System.

In this 9 hour Deep Dive course, GM Damian Lemos reveals everything you need to know to gain space, control the game and start your devastating attack.

Black has only a few sensible ways to respond to this system and Damian gives you clear strategies for beating all of them!

This is the perfect opening for players who prefer to understand ideas rather than memorize endless variations. GM Damian Lemos explains the logic behind everything White is trying to achieve and illustrates each plan with superb memorable games from players like Magnus Carlsen, Vladimir Kramnik, and Alexander Grischuk.

If you want to learn a clever opening system that even Kramnik (2808 Elo) has now decided to turn to, The London System with GM Damian Lemos is the perfect course for you.

Here are some other reasons to learn the London System from GM Lemos:

1. You’ll learn his “caveman” technique for using the bishop pair to create terrifying attacks on
the kingside (it looks crude, but even GRANDMASTERS have lost to this “blitzkrieg” attack!)

2. GM Lemos will also show you how to play the system in a calm and positional manner with
absolutely no risk (perfect for slowly outplaying mega-tactical kids and other less experienced
opponents)

3. You’ll discover the tactical method that British GM Tony Miles used to embarrass a GM
colleague in just 19 moves (GM Lemos gives you a whole bag of tactical ideas to keep ready for
unsuspecting opponents and GM Miles’ ingenious idea is only one of them!)

4. You get fantastic extras including PGNs, puzzles and a course summary for quick revision and
to play sparring games in your new system.

Plus tons more in 9 hours of superb GM video lessons!

Enjoy the journey to a whole new level in your chess game!