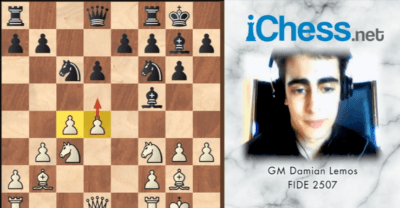 Since entering the computer age, chess opening theory has exploded, with razor-sharp novelties and tricky ideas being routinely “cooked” and sprung upon the unwary club player.

How do you deal with this?
You surely can’t memorize everything.

In Double Fianchetto Domination, GM Damian Lemos offers a refreshing break from rote-memorization, with a unique ideas-based opening system, favored by the likes of Vladimir Kramnik, Lev Aronian, and many other elite GMs.

This is your complete repertoire for white based on using the power of the double fianchetto for both bishops and then, regardless of how black responds, using GM Lemos’ reliable strategy for gaining an advantage and playing for a win.

Armed with this system, you have a reliable, non-theoretical opening that’s simple enough to learn in a weekend, yet powerful enough to crush grandmasters.

In his lessons, Damian works closely with students to first identify the flaws and weaknesses in their games so that they can be properly evaluated and corrected.

By developing specifically-tailored training regimens for every one of his students, Grandmaster Lemos is able to achieve results that other chess coaches dream of.

What is this course going to do for me?

Using the ideas presented in this course, your 2 fianchettoed bishops will be transformed into fire-
breathing dragons as you control space and capture pieces without mercy.

If you want an opening system you can play against anything Black responds with, a system based
entirely on strategic and tactical ideas, check out Double Fianchetto Domination!

Here’s what you’ll get with the “Double fianchetto chess opening with GM Lemos: 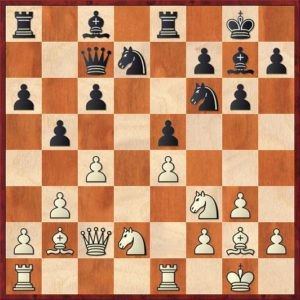 You’ll learn Wei Yi’s wild innovation which leads to a chaotic tactical situation that only you
know how to handle (priceless for must-win games).

You get a beautiful technique which transforms a barely noticeable central advantage, into
a raging pawn storm in just a few moves. Once you learn this pattern, it will serve you for
life.

GM Damian Lemos reveals 2 psychological hacks that force your opponent to reveal their
weaknesses, allowing you to push them into a very uncomfortable territory (70% of the club
players crack immediately in this situation).

You’ll pick up cunning move-order tricks for keeping your best pieces on, swapping your rival’s off and dominating with your superior activity.

I’m sure that even from this short description, the breathtaking flexibility of this system is, by now, clear as day to you.

You’re getting 9.5 hours of GM coaching outlining a winning opening system for you, PGN files of all the games so you can analyze them with your engine, a PDF course summary for quick reference plus a practical test to help you store the material in your long-term memory.