What determines your WIN/LOSS in a chess game?Whether or not you win or lose is determined by your opening preparation, your middlegame skills, and your endgame technique.

At the same time, the opening phase is MORE important because if you don’t play it well, you will lose sooner than you can demonstrate your middlegame/endgame skills.

How do you play an opening properly?

In order to play the opening properly, a lot of people believe that one should just study a lot of opening variations and typical ideas/tricks. Although this is partly correct, there’s actually a huge hole here. 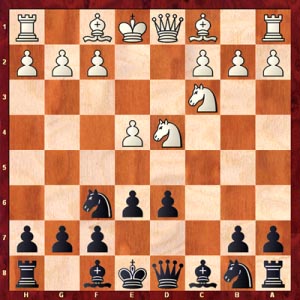 Above we see the starting position of the Scheveningen variation of the Sicilian defense. What move can White play here? Almost anything! For instance: Be2, Bc4, g3, Be3, f4, g4,Bg5, f3, Qf3 and the list goes on…

Do you really need to study all these lines? Of course not!

The opening stage lasts for 15-20 moves and on every move both opponents can play around 10 different logical moves. Ultimately this generates many thousands (perhaps millions) of variations. Obviously there’s no way for us to analyze and remember them all.

Therefore we should learn the most logical moves only. For example, in the Scheveningen variation Black certainly should know some theory in the main lines like 6.Be2, 6.g4, 6.Be3,6.Bc4 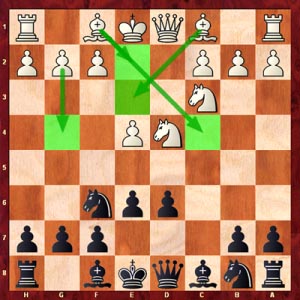 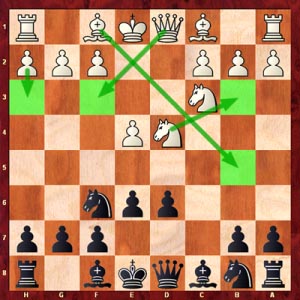 NO! You can’t learn it all anyway. If you dig too deep in your opening study, you will not have time for mastering other vitally important skills: calculation, tactics, positional play, etc.

In conclusion, there can be 2 situations in an opening:

1) You play a theoretical variation based on your home preparation.

2) Your game turns into a sideline, or your opponent surprises you with an unexpected move. An unknown position appears and you need to find correct moves by yourself. 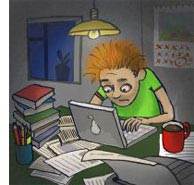 FINAL CONCLUSION: how do you play an opening successfully?

1) You need to choose the right opening variations (your opening repertoire), and learn the NECESSARY lines within them.

2) You need to know the general rules/principles of opening play, and how you can find correct moves in unknown opening positions.

Regarding the 1st item – opening variations – there are a lot of existing chess books/DVDs about virtually any opening that you can think of. Some of these tutorials are even pretty good. However, there are still some problems here:

- Studying various opening variations takes a lot of your time.

- As we’ve already discussed, you can’t learn everything anyway.

- Your opponents have access to the same tutorials that you have.

- There are opening tutorials about all possible opening variations, and you don’t know what will work best for YOU.

As for the 2nd item – the general rules/principles of an opening play – this topic is almost completely missing!

Yes, there are some well-known opening rules like “develop pieces”, “fight for the center” and so on, but these are very basic rules. Even beginners know such ideas and in many positions, it simply cannot help you. 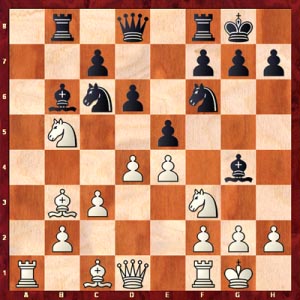 Above we see a very popular variation of Ruy Lopez. How should White play here?

As you can see, the basic opening rules don’t help here. For example, it is true that “we should fight for the center”, but he’s already fighting. So what should he do?

Most of the modern openings lead to complex positions where you need to use more advanced rules. Surprisingly, this topic is almost completely missing in the opening tutorials.

In order to help you overcome these difficulties, I’ve created a new opening course “The Grandmaster’s Openings Laboratory”- 2. 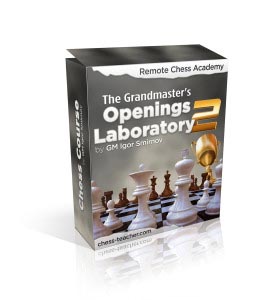 This course contains those 2 items that you need for successful opening play:

We’ve selected the best opening variations, analyzed them, removed unnecessary lines, and prepared training materials that will help you master the given openings gradually.

2) The general rules/principles of opening play

It reveals how Grandmasters find correct opening moves while playing a game. I’ll show it to you in a real-time mode using various positions. Then you’ll train it and automate these skills. Thus you’ll be able to implement it in your games right after a study of the course.

Here you can find a very detailed description of the course’s contents.

Note: I don’t mention here exactly what opening variations are presented in the course. There are a few reasons for this.

1. It’s important to understand what opening you should play and WHY it is so. If I just list the variations here, it really will not clarify anything.

2. This opening repertoire is a special weapon for our students! For this reason it should not be exposed so publicly.

Nevertheless, below you’ll find a lot of information about the materials presented in the course.

You’ll learn 2 main situations that can happen in an opening (playing by memory and finding the moves yourself) and exactly how you should handle them.

Many times you’ve seen that Grandmasters recommend you to play some opening moves. Now you’ll finally be able to realize precisely WHY those opening moves should be played (and not something else).

Using practical examples, we’ll analyze the 5 main mistakes that lead to opening troubles. Through these examples you’ll learn how to prevent such situations occurring in your games.

“Question of all-times”: which openings should you choose?

Choosing openings according to your style, and typical mistakes in this approach.

Lesson-2: How to play an opening

The 2nd and 3rd lessons are the KEY parts of the course and will provide you with a complete guide for finding proper opening moves in your games.

Within this lesson I’ll reveal to you how Grandmasters think in an opening so that you can do the same. More specifically you’ll learn:

In this lesson we’ll deepen your opening understanding. This time we’ll analyze really difficult, complex positions. You’ll learn how to play openings on a Grandmaster level! For instance you’ll learn:

Due to modern technologies (computer, Internet) and through competition amongst chess players, opening preparation is rather different nowadays. In this lesson you’ll learn modern trends that will help you to be on the cutting edge of the best technologies!

This is another KEY part of the course. It’s is simply not enough to just know about something. To truly know it you must introduce it into your practical games.

For example, everybody knows about a positional sacrifice. But how often you really use it in your practical games? For most players, the answer is: almost never! Such “knowledge” is completely useless.

My approach is different. I help you train the SKILLS, and to do it right during the course’s study. Thus you’ll be able to implement it in your practical games straight away!

Here we will be analyzing different games and opening positions. You will use your new knowledge to detect the right moves. Then you’ll compare your thoughts with the actual game. After that I’ll explain whether your thoughts were correct or not. If not, I’ll then show you how you should have done it.

After passing this training, you have will have no chance but to understand the right way of finding powerful opening moves. 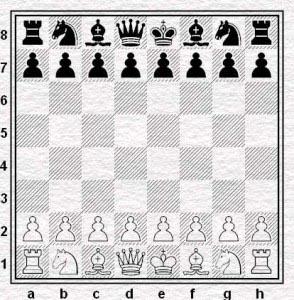 The practical part contains an extensive analysis of different openings. Together with the openings from my previous opening course, “The Grandmaster’s Openings Laboratory”, this will form your complete opening repertoire on an IM/GM level!

It’s NOT just a bunch of variations. It’s a special system of study that will help you master a new opening gradually, starting with the base ideas, and then going deeper. Ultimatelyyou’ll become a real expert in these openings who is familiar with all of the specific variations, as well as their typical ideas and plans.

It contains 2 levels of study: base and advanced.

Some additional characteristics of the practical part: