The Accelerated Dragon in the Sicilian Defense – GM Damian Lemos 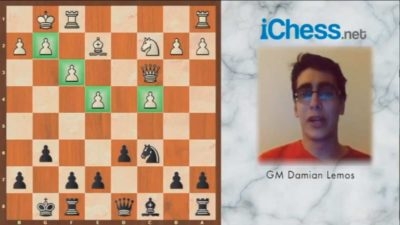 The Accelerated Dragon is a great choice for players who want an aggressive opening they can play against a number of White set-ups. Know what you’re doing and you have fast development, great activity and a tough to crack position.

In this 8 hour Deep Dive course, GM Damian Lemos builds up your knowledge of this powerful opening weapon, starting with the main ideas and delving into the hidden nuances which will allow you to claim the full point against 1.e4 players.

GM Lemos covers all of White’s main options, pinpoints all the things to watch out for, gives his most trusted suggestions and shows how they play out in practice by analyzing memorable model games.

With players like Carlsen, Kasparov, Ivanchuk and Maxime Vachier-Lagrave adopting this opening, you’re in an excellent company and can enjoy being a master of one of the most exciting opening options available to Black.

In his lessons, Damian works closely with students to first identify the flaws and weaknesses in their games so that they can be properly evaluated and corrected.

By developing specifically-tailored training regimens for every one of his students, Grandmaster Lemos is able to achieve results that other chess coaches dream of.

How is this course going to help me? 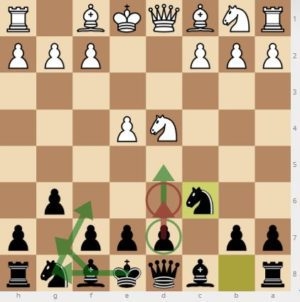 The super-sharp Sicilian Accelerated Dragon is the ultimate antidote to 1.e4 – it’s easy to learn and allows Black to play for the advantage immediately – without risk and without mind-boggling memorization of lines.

The idea behind this opening is that, instead of playing …d6 then the freeing move …d5 later, Black finds a clever way to develop effectively then hit White with …d5 in one move.

Now, GM Damian Lemos has deconstructed this deadly system, laying bare all the move-order tricks, all the positional strategies and each of the most crushing attacks!

If you’ve ever said things like “I don’t play the Sicilian Defense, it’s too sharp, too much theory”, this is a chance to strengthen your repertoire with cutting-edge analysis that’s also:

Positional in nature: The piece paths and structures are so remarkably similar you’ll soon be finding the best moves intuitively (you’ll recognize that you’re winning before your opponents know they’ve made a mistake!)

Still sharp enough to crush your opponents: “Need to know” plans mean most players will make a ton of tiny errors, while you sit there grinning, ready to shock them with one of the numerous attacking plans GM Lemos reveals.)

Easy enough to learn in a weekend: GM Lemos puts the short into “shortcut” by giving you a global response (a killer system with …d5!) against sidelines, plus super-simple mainline plans (up-to-date and ready to win games in your next tournament!)

Here’s what you’ll learn with this course:

Smart move orders stop White’s “Anti-Sicilian” ideas in their tracks (cuts out 80% of your opening headaches by completely side-stepping them!)

To help you master the material, you also get the complete PGN database of course content for review, a PDF summary of every learning point and challenging puzzles

This is the ultimate antidote to 1.e4 – rapid development, great activity, clear plans and full of potential pitfalls for White!